A Review of the Film “Fresh”

There are countless documentaries making comments on the current state of our food system. They each differ in varying degrees of tragedy, omission, honesty and optimism.  “Fresh” became part of that ever growing panoply of films in 2009.  The film’s director, Ana Sofia Joanes, sets “Fresh” apart by providing a well-balanced account of the dismal realities in industrial agriculture while layering the narrative with promising, inspiring and practical solutions that are beginning a movement. 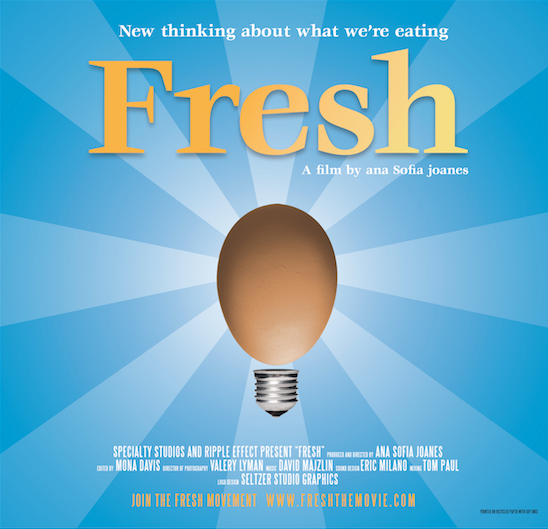 The 2014 Northwest Michigan Food & Farming Summit held on January 31 included a screening of “Fresh” that left participants energized before many attended the Northern Michigan Small Farms Conference (SFC) the following day. Featured keynote speaker at the SFC was Agricultural Economist John Ikerd, who plays a noteworthy role in “Fresh.”  His presence at the conference helped to create its theme for 2014 of “Small Farms are Real Farms.”  In turn, that theme helped to inform the FFN Summit, and thus the playing of “Fresh.”

The interviews in “Fresh” develop an informed perspective without the intense melodrama characteristic of some films. This is not to say that the visual shock value of factory farms and aerial pesticide spraying don’t appear in “Fresh,” they do.  They’re used to punctuate the film to prove a point, but they certainly don’t serve as the sole basis for the argument. Our health, environment and economy are continuing to be depleted and disregarded by an unsustainable industrial agriculture system. “We’ve taken the paradigm of industrialization, specialization, mechanization and applied it to everything, but it doesn’t work on everything,” says John Ikerd. 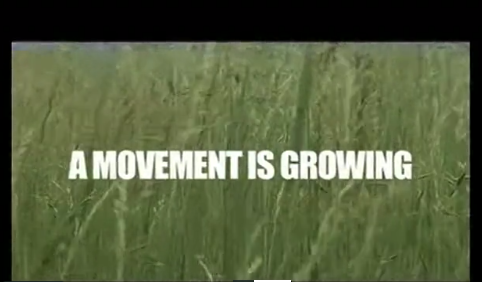 In the film, small retailers, farmers, authors and educators propose solutions. They encourage us to respect the design of nature and recognize that cheap food is an illusion. The cheap food of today often comes with big consequences and these should be considered when we make our food choices. Fresh food access remains an inhibitor because the alternative to cheap food isn’t affordable for everyone, but policies subsidizing certain crops and planting methods could be reevaluated and allocated effectively.

It all comes down to the simple fact that we have a choice in where our food comes from. The farm and the consumer have too often been separated by great lengths. This disconnect results in a surreal and unquestioned acceptance of anything that comes off a supermarket shelf. “Fresh” will encourage its viewers to ask questions and consider their options including all the benefits and consequences that come along with them. Then, you get to choose.

See the “Fresh” trailer below.