The program, “gives you the tools to create a working farm with relatively low capital in a low risk environment. This affords the farmer to grow as a business rather than purchasing a farm out right and going for it. It’s a really neat way to give an advantage to new farmers.”

Landen explained the program as a launching pad because it assists new farmers to get on their feet and out into the farming community. 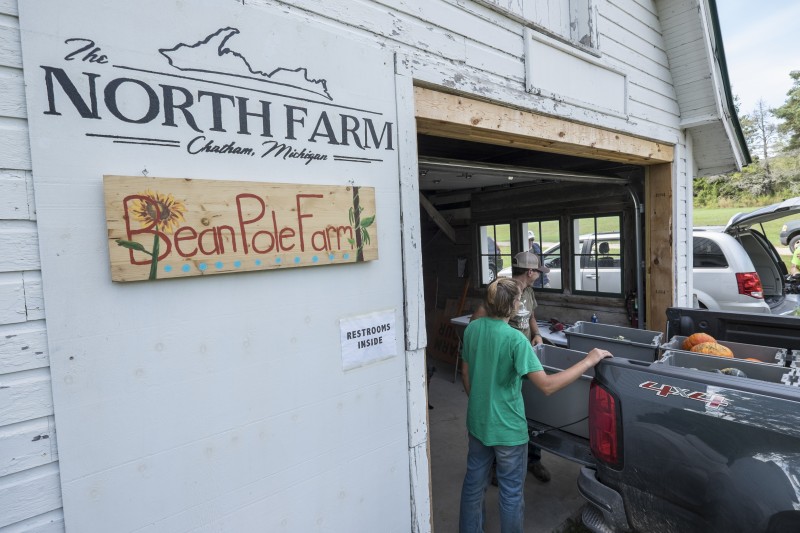 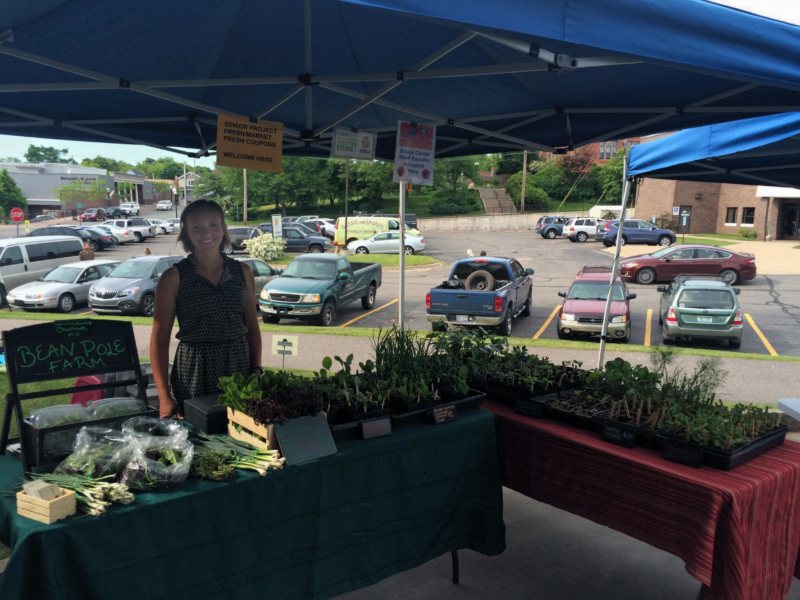 The Bean Pole farm has grown from a quarter acre to an acre and Laden grows a variety of annual vegetables for the CSA she operates. In order to achieve this vision of running a successful CSA farm, one of the ways the North Farm assisted her was in creating a business plan.

“I’m trying to take a holistic management approach to the entire farm. So obviously soil health and plant health, but also financial health and well-being and the health of me. The farm has to take care of me so I can take care of it. I’ve been really aware and conscious of how I am choosing to operate this business so in that in the long run we will continue to benefit each other.”

Last year, in her second year of farming, Landen managed to earn half of her yearly income from the farm. She still works outside of the farm for now, but by her fifth year she plans to be able to live entirely on farm income.

“There is no way I’d be able to afford to farm on my own if it weren’t for this program. I don’t have the luxury of inheriting a family farm, so for people like me who aren’t born into farming, it’s a really great way to enter farming.”

Through the farmer apprentice program, Landen is, “honing who I want to become as a farm and a farmer while in this relatively low risk environment.”

Melissa Orzechowski is the Local Food Coordinator in the Upper Peninsula for Taste the Local Difference. She can be contacted at [email protected]